Once upon a time, many years ago, when our youngest son, Lance, was six years old, he came running through the kitchen and hurried off to his bedroom.  We were living in the red brick house, across the street from Union Hill Baptist Church, in Holts Summit, Missouri. 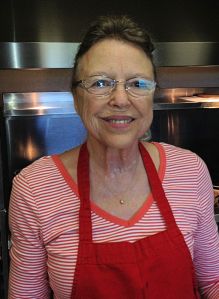 I could hear him rummaging through things in his room. Finally, he hurried back to the kitchen and asked if I had a nickel he could borrow. I found a nickel, and off he went without a word!

Later that day, he said he had a surprise for me, and I should stay out of the kitchen for a few minutes.  After awhile, here he came with this cute little pig plate, with toothpicks protruding from holes along its back, filled with chunks of hot dog slices, cheese, pickles, and even cherries and bananas!

He had the biggest grin on his face as he presented me with the present he had bought me at the neighbor’s garage sale.  I have kept the plate all this time, and just recently served some of Marjorie’s Pickles with cheddar cheese to him, and his wife, when they came to dinner. We have had so much pleasure from that nickel!